Preaching When the Results Don’t Meet Your Approval

Some movies end with a bang, others end with a whimper. On the other hand, maybe they end with you rolling your eyes or letting out a heavy sigh. The movie may have been good to that point, but failed to stick the land. On the other hand, perhaps a film was not good from the jump and the lousy ending feeling totally fitting as a result. Either way, they all left us with a bad taste in our mouths, regardless of how much we may have enjoyed the rest of the movie.

All Jonah wanted was an ending that made sense to him regarding the story of the Ninevites.  They deserved to be destroyed.  They had done nothing to merit a happy-ending.  Everyone for miles around could see that the Ninevites should be destroyed.  Nevertheless, how would God write the ending of this drama?

Though the book of Jonah is only four chapters long, it has much to teach us about the character of God.  However, the book reveals Jonah’s character as well.  He reacted to his call like no other prophet in the Old Testament.  Those prophets consented to speak for God even when they would rather not (Exodus 4:10-12; Jeremiah 1:6-9; etc.).  Jonah chose not only to keep his mouth closed but also to try to run away from God (Jonah 1:1-3).

Jonah appeared to have been willing to live in self-imposed exile rather than deliver a message of repentance to wicked Nineveh, an important city of the aggressive Assyrian empire.  In this way, Jonah held a mirror up to Israel; a nation that would prefer to believe that God’s choosing them meant he cared about them exclusively.  What does God have to say to us concerning our reluctance, at times to follow his commands?

1.     Jonah’s prior disobedience had not disqualified or exempted him from being God’s chosen vessel. (v.1)

2.     “Proclaim to it the message I give you…” is a command for Jonah to speak only what God would tell him—nothing more, nothing less. His orders had not changed (v.2)

2.     The recorded sermon is simple but powerful, just five words in the Hebrew.  This could be all he said or a summary of what God had given him to say (v.4)

1.     Despite Jonah’s lack of enthusiasm for the job, Nineveh’s response is the result of the work of the Spirit on God’s behalf. (v.5a)

2.     The practice of fasting indicated self-denial, repentance, and humility on the part of the Ninevites. (v.5b)

3.     When word of Jonah’s message reached the king he embraced the command to repent and exchanged his royal robes for coarse clothing of the penitent masses. (v.6)

4.     The king showed his support for the fasting by intensifying the terms. He included all the livestock in the initiative. (v.7-8a)

5.     The king called on his people to reject their evil lifestyle as a means of being specific with their vow to God. (v.8b) 6.     When the king says that God may yet relent, the idea is that of God changing his mind. (v.9a)

1.     As the king and the people hoped, God saw their repentance as demonstrated by what they did. (v.10a)

3.     The historical record tells us, however, that Nineveh’s repentance did not last. The prophet Nahum, who came along about 150 years after Jonah, catalogued specific sins of which Nineveh was these included violence, corruption, and idolatry (Nahum 3). (v.10c)

Throughout Scripture, we witness repeatedly that God loves mercy (Exodus 33:19).  The story of Nineveh illustrates this in extreme fashion: the enemies of God’s own people were spared when they turned their hearts toward him.

Today, we also should accept the reality that geopolitical lines will not limit God’s work.  We see Jonah’s attitudes in both individuals and faith communities who fixate over which groups of sinners are too far beyond the reach of God’s love. Meanwhile, we are reminded that we have a Savior who dined with sinners (Luke 7:34) and reserved his fiercest anger for the self-congratulating Pharisees (Lk.11:39-52). 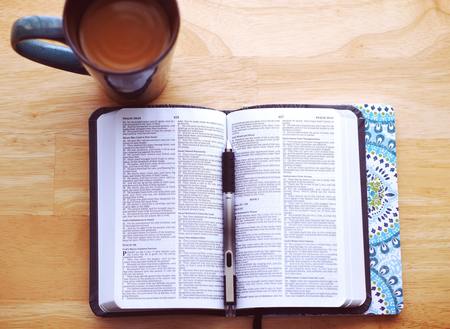 What Keeps You From Increasing?

How To Get Through The Challenge

Turn a Dream Into Reality

How to Walk on Water with Jesus